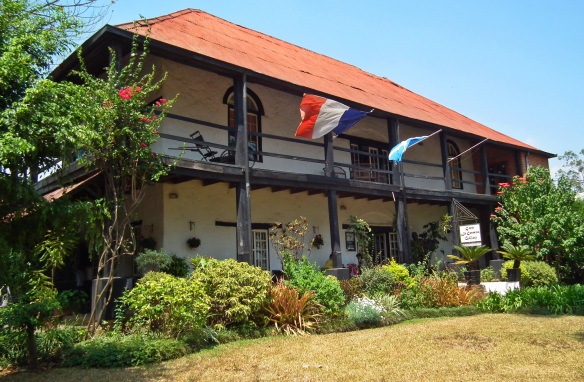 I got my history fix early in our visit to Malawi when we visited the gallery, museum and cafe within Mandala House, the oldest standing house in Malawi.

David Livingstone was the ultimate “Jack-of-all-trades” whose contribution to Africa’s development covered aspects as wide as missionary, linguist, explorer, anti-slavery advocate, anti-apartheid advocate, physician, and zoologist. However he was also a great promoter of commerce as a way of helping improve the life of the indigenous people whom he loved. One response to this was the formation of the Africa Lakes Company, headquartered in Glasgow. They traded under the name Mandala, and Mandala house was built in 1882 on a strategic hilltop in Blantyre to act as their trading centre and a strong defensive location for settlers during the intermittent inter-tribe conflicts.

The oldest house in Malawi, it was also for a long time the only two-storey house in the country. As we “took tea” with David and Janet, the house certainly reminded Ruth and I of the grand old colonial houses we saw on our tour of Virginia some years ago, and the colonial comfort they epitomised. However it was fascinating to see the number of documents, photographs and artefacts – some of which go back to Livingstone’s time – that the museum and library contain.

Here in Malawi, through places like the museum at Mandala House, I am learning even more about my fellow Scot, Dr David Livingstone, and finding he is far from being the imperialist colonialist that he is often portrayed as by the revisionist historians. In particular his approach to mission was unusual in his time and – unfortunately – is all too unusual today.

First, he refused to be denominational and insisted on focussing on the main thing of “bringing to the benighted the knowledge of a Saviour” through “those who really have the best interest of the heathen at heart” regardless of their church tradition.

Second, he believed in building local churches that were economically independent of western missions as soon as possible through developing their own commercial income.

Finally, he believed in minimising the huge problems of language and culture by focusing on the Western missionary training local Christian leaders so they (and not the westerner) could go out and teach the people.

This is all very reminiscent of Henry Venn’s “three selfs” model of mission strategy: that the aim should be for indigenous churches to be self-propagating, self-sustaining and self-governing. And indeed it is so very reminiscent of the missiology of organisations like OMS and ZM.

The more I learn about Livingstone the more I like him. Although I find him very much a man of his time and not perfect, I also find him in so many ways my kind of missionary; one whose approach to mission stands the test of time and is just as relevant today as it was all those years ago. 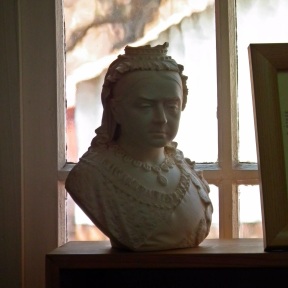