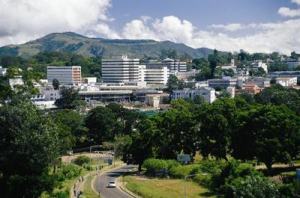 As Blantyre greens up in the rains we have got into the habit of doing an hour of walking each day to try and fight off the effects of our otherwise sedentary lifestyle here in Blantyre. One of the consequences – exacerbated by the fact that we rather stand out from the crowd! – is some interesting conversations.

Please pray with us for Arthur who started to practice his English on us while we walked to Shoprite supermarket one afternoon. In the run up to Christmas he was a little the worse for drink but was interested in why we were in Malawi. He admitted that he had made a profession of faith when a youngster but had “strayed far from the Lord” since, pointing to the plastic cup of beer in his hand as evidence.

Arthur had a clear understanding of scripture as he criticised the rampant “unbiblical” denominationalism he had experienced, and the propensity of many pastors to focus on personal financial gain. He was also obviously intelligent and told us he is a medical student who worked as a dentist to support his sister and him through college. “I need help”, who can I talk to?

As newcomers, still so very ignorant of the culture we find ourselves in, it was a relief to be able to point this genuine sounding young man to a ZEC church near his Blantyre home and assure him that there he would find a bible based fellowship and a loving welcome (with no financial strings attached) for a prodigal son.

Also please pray with us for David who we met on another walk round Mount Pleasant. I (Myles) was practicing my Chichewa as usual and greeted a tall athletic young man with ‘Muli bwanji?’ (How are you?/Are you well?). This is a standard greeting with (as in the UK) with expected answer – regardless of the reality – being ‘Ndili bwino’ (I am well). This time, however, I distinctly heard ‘Sindili bwino’ (I am not well). I turned back and asked him what was wrong. I think the young man was a bit surprised that a fresh ‘azungu’ like me would catch the distinction and he asked ‘Do you really want to know?’

Ah well, in for a penny in for a pound, I thought. We quickly found out that this smartly dressed and articulate young man had been walking the streets of Blantyre all day in the heat looking for work as a long distance lorry driver. He showed us his neatly laminated certificates for his school results, HGV licence, safety training etc. He was desperate to gain work and hold his head above water, Blantyre was the place to get it, but he had no photocopies that he could leave with the potential employers in case jobs were to come up later. Once again the conversation turned to why we were in Malawi, and then to his own spiritual life. Where could he find a church to worship in now he was in Blantyre? Once again we were able to encourage this young man to search out his nearest ZEC where he would find a warm welcome. But this time – against our general policy – partly because he had not asked – we could not help but give this entrepreneurial young man a gift to help him on his way. His face lit up in delight. What wouldn’t have bought a coffee in the UK would pay for all his photocopying and his bus fare home – avoiding hot sore feet for today at least.

2 thoughts on “Around town”